Alan Whiticker and Stuart Mullins have known each other since they were seventeen. They both attended the same teacher’s college at Penrith at the close of the 1970s.Nepean College of Advanced Education now the University of Western Sydney. In the 1990s Mullins & Whiticker could not be accused of being fashionable.

Stuart Mullins then teamed up with private investigator Bill Hayes. South Australia’s most highly respected PI  with over a decade in the South Australian police force as a highly-skilled detective to co – author a new book Unmasking the killer of the missing Beaumont children.  Out soon The wolf in the disappearance of the Beaumont children has never been too far from the door.

Page put together by Stuart Mullins. 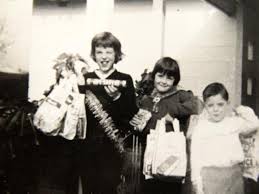