Haydn Phipps is the son of Harry Phipps the Satin Man . He accused his father of sexual abuse from the age of three to thirteen  . Hayden suffered broken marriages , impaired relationships , sleep disturbances , alcohol and drug abuse . Self harm . Fits of anger and rage . Aggression , anxiety , death wish mentality . Dramatic mood swings . He was unable to hold down a job . Experienced recurring nightmares and showed an open hostility towards his father Harry Phipps from an early age .Many of his friends relatives during the 50s 60s and 70s could not understand why .Some stated the hate was palatable . Photo sent to Mullins by an ex employee of Cast Alloy .

Haydn stated on many occasions and was quite adamant  : The children are in the pit , the sand pit . This sand pit was the one near the old cottages at his fathers factory , Castalloy . Email sent from Haydn Phipps to his ex wife Angela Fyfe in 2012 and passed onto Stuart Mullins :

You and no body else knows of the full-terror I lived with, daily sometimes minute by minute I suffered under the hands of this man. My so called “Father”.I was, since I can ever remember, full of absolute terrifying fear of him and what he was capable of. He was a full-on Schizophrenic from day one. He revelled in his ability to constantly play many, many, roles at the same time. I do not believe even his own mother knew what she had conceived. I cannot go to sleep two night’s without having him in some “Horrific Nightmarish-Recall”.

He scared me ,all,all,all, of the time! He was, amongst other things, one of the World’s Greatest liars. He had absolutely no remorse or conscience, for anything he ever,ever did! He hated his Father, with a passion, whereas his Alcoholic, compulsively lying Mother, could do no wrong.

I honestly do not know how to answer you!  Everything I told you about him, was the absolute truth!  I have been questioned, interigated,tape-recorded,phone-called from Adelaide and had all sorts of rancking Officer’s, try to trick me into what I have said-have not said. I feel worn -out,exhausted and as a 12-13 year old kid, at the time, beyond any more recall or ability to answer any-more questions, of the nature I have been subjected to.

I ask God over and over again, “what-else can I do?” I have had no reply, from my Higher Power. My Father has been dead for Years now and I just do not think that I can add anymore to what I have said.

I would like to make it clear that many of the statement’s I made, were co-erced or suggested to me as the possible answers, rather than what I had time to think about! You are a good judge of character. What would you do? Rather than send me this type of worrying and co-ercive question? Angela I am a natural worrier by nature. Sure I want the truth to come out.,But at what cost to me and all concerned.

In answer to your question:- No! Leave things be!

With Love and Warm Affection,

Haydn stated several times to many people who would listen that he saw the Beaumont children in is backyard that January day 1966 . His recorded interview by Bill Hayes was listened to intently by Australia’s leading lie detection expert Steve Van Aperen . Also by a  European experienced and respected profiler and lie detection expert ( already in contact with SAPOL ) They both believe Haydn Phipps was sexually abused at the hands of his father and that he did see the children in his back yard BUT hiding more.

Note : A lady comes forward in 2017.She was raped/sodimised by Harry Phipps in the 1970s when she was a young teenager . She lived very close to Harry Phipps factory . For the full story view You Tube “The Beaumont Children what really happened .”

In regards to Haydn: International studies have found only 2% to 10% of sexual assault claims are false.

In a well published report into solving child abduction and murder In 79.4% of child abduction and murder cases the victim’s last seen site is within 400 metres of the initial contact site. In this case Colley Reserve & Wenzels Bakery. In 36.1%, the victim’s last seen site was less than 400 metres from the killers home. The Satin Mans home.The probability that the Beaumont children were abducted and murdered in Glenelg by a resident is strong one.What we now know about child abduction/pedophile cases that we didn’t know in the 1960’s? Most pedophiles are not dirty old men, weirdos or perverts.They are usually people of influence, power of standing in the community. They are manipulative, intelligent, charming.They are sociopaths and in some cases psychopaths.

They are all hidden in clear sight . Right under our collective noses.

They are your Harry Phipp’s , the Satin Man. 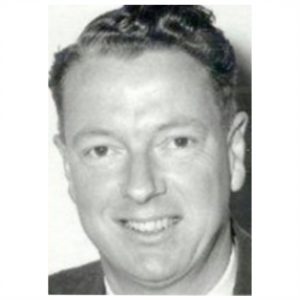 They are all very,very nice till they are not.